The Society holds a two day workshop approximately every 18 months. The aim of these workshops is to provide an open forum for discussion of research and industrial activities in the wind engineering, wind energy, and industrial aerodynamics fields. Members and invited guest speakers are encouraged to present related work they have been involved in since the last workshop. AWES workshops are intentionally maintained as informal meetings allowing members to present "to-date" research findings without the constraints of formal conferences. This arrangement allows the most rapid dissemination of the work of our members, to each other and to the wider engineering community. Information on our next workshop can be found on our Conferences page.

Associated with these workshops the Society organises a one day seminar for practicing engineers on wind engineering related topics. These seminars include discussion on aspects of the Australia/New Zealand Wind Code.

The Society also produces biannual newsletters distributed to members via the website and a mailout.

Associate Professor John Ginger is a Lecturer in Civil Engineering and the Research Director of the Cyclone Testing Station, at James Cook University in Townsville. He has been involved in research, testing and consulting in wind engineering since 1987. John has extensive experience in wind tunnel model studies, full-scale field tests and structural vulnerability studies in Australia and overseas. John is a committee member of Standards Australia committees BD-006 – General Design Requirements and Loading on Structures and BD-006/2 – Wind Loads. He is the Cyclone Testing Station’s representative on the Queensland Tropical Cyclone Coordination committee.

Dr Katrina Swalwell is secretary of the AWES. Katrina completed a PhD at Monash University on wind turbine aerodynamics, specifically the effect of turbulence on the performance of aerofoil sections. She now works as part of the wind and site assessment team for the wind turbine manufacturer REpower examining the suitability and energy yield of REpower wind turbines at proposed wind farm developments.

Dr Graeme Wood is the treasurer of the AWES. After a false start obtaining a PhD in soil dynamics from the University of Edinburgh, Graeme took a job as a research and consulting engineer in the wind tunnel at the University of Sydney. Shortly thereafter Graeme took up the position of lecturer then senior lecturer in the School of Civil Engineering at this same institution. In 2007 Graeme left the academic world to cofound the Sydney office of CPP.

Dr. Matthew Mason is the executive in charge of managing the AWES website. Matt recently completed his PhD at the University of Sydney investigating the wind fields of thunderstorm downbursts. Matt now holds a research position at the Natural Hazards Research Centre (Risk Frontiers) at Macquarie University.

Leighton Aurelius is presently the newsletter editor for the AWES having held this position since 2006. Leighton holds a degree in Aeronautical Engineering (specializing in aerodynamics) from the University of Sydney and upon graduation worked for 6 years at Sydney based Windtech Consultants. Leighton now holds a senior managerial position in the tall buildings division of BMT Fluid Mechanics and is based in London. 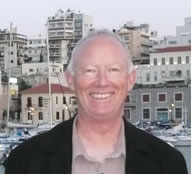 Prof. Richard Flay is the NZ representative on AWES. He is Deputy Head of Mechanical Engineering, and Director of the Yacht Research Unit at the University of Auckland. His interests in wind engineering include full-scale measurements, wind tunnel investigations of hills, wind turbines, buildings, and boats. He has carried out the aerodynamic design of a number of wind tunnels, including the Twisted Flow Wind Tunnel which was the first of its type specifically for testing yacht sails. He teaches, researches, and consults in wind engineering in New Zealand, and is also a Guest Professor in the Global Centre of Excellence Program at Tokyo Polytechnic University.

Prof. Chris Letchford is the previous Chair of the AWES, a position he held from 2008 to 2009 and from 1995 to 1999. Since 2007 Chris has served as the Asia-Oceania representative to the International Association of Wind Engineering and is the Head of the School of Engineering at the University of Tasmania. Chris’ research has covered all facets of wind engineering but more recently has focused on simulation of downburst and tornado winds and the investigation of wind fields above waves and topography.

Dr Mick Chay is the AWES membership coordinator. Mick holds a PhD in wind engineering from the University of Queensland, and a Masters from Texas Tech University. Since 2007 Mick has worked in CPP’s Sydney office. 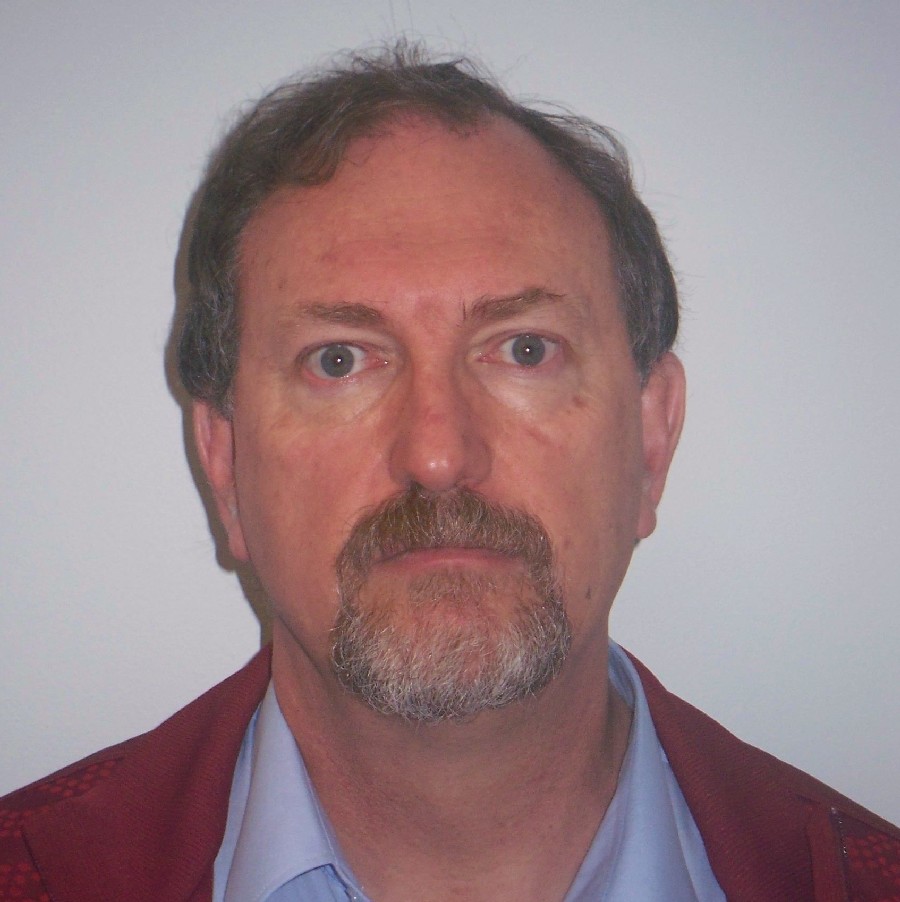 Bob Cechet is the executive member in charge of organising the next AWES Workshop, AWES14, to be held in Canberra during August this year. Bob is a climatologist at Geoscience Australia. 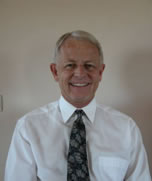 John Holmes is Director, JDH Consulting, Australia, and is a Life Member of the AWES. At various times between 1973 and 2004 Dr. Holmes has held research and teaching positions at the University of Western Ontario (Canada), James Cook University, CSIRO, Monash University, Texas Tech University and Louisiana State University (United States). John is Chair of the Wind Actions subcommittee of Australia and New Zealand, and was actively involved in the writing of Australian Standards AS1170.2-1989, AS/NZS1170.2:2002 (Wind loads) and AS3995-1994 (Design of steel lattice towers and masts). He is the author of: “Wind Loading of Structures”, 2nd edition, published in 2007, and co-author of “A Guide to AS/NZS1170.2:2002 – Wind Actions” published in 2005. John has also been a consultant in the determination of design wind loads for many major structures and industrial plants, and in several legal actions involving wind loads.

A New Zealander by birth, George obtained a PhD in Earthquake Engineering in 1966 from the University of Auckland. After experience in the prestressed concrete industry in New Zealand and the nuclear power industry in the UK he joined James Cook University where, following Cyclone Althea in 1971, he specialised in wind engineering, leading the investigation of the damage to Darwin from Cyclone Tracy and playing a major role in the changes to building standards which followed. In 1989 he joined CSIRO as Assistant Chief of the Division of Building Construction and Engineering, and in 1994 he moved into the reinsurance industry, joining what is now Aon Benfield where he utilised his combined background in wind and earthquake engineering to become one of the pioneers of catastrophe loss risk modelling in Australia. More recently he has become an international leader in the design of disaster insurance schemes.

Bill has over 35 years experience as a researcher and engineering consultant in wind engineering. He is an Emeritus Professor in the Department of Mechanical Engineering at Monash University. He still has an active research interest in wind engineering, notably in the areas of wind loading and response of structures to wind action, wind flow over complex terrain, turbulent flows and their interaction with bluff bodies, and dispersion of atmospheric pollutants. Bill is Chairperson of the committee developing the ISO Wind Loading code and is involved with writing the joint Australian/New Zealand Wind Loading Code. 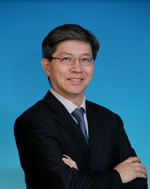 Prof. Kenny Kwok's contribution to the field of wind engineering has spanned four decades and has covered the broad areas of structural dynamics, wind effects on structures, wind tunnel modelling, environmental fluid mechanics, vibration control and occupant comfort assessment. Kenny now holds a Professorial Chair in the School of Engineering at the University of Western Sydney and is an Emeritus Professor at the Hong Kong University of Science and Technology. Prof. Kwok also holds the position of Asia-Oceania Regional Coordinator for the International Association of Wind Engineering.

A/Prof John Cheung is our newest Life Member inducted in 2010. John served as AWES Treasurer from 1994 – 2000 and as Chairman from 1999 – 2007. John moved from Hong Kong to Newcastle in 1975 where he studied (University of Newcastle) and worked till graduating in 1978. John then moved to Melbourne and obtained his PhD from Monash University where he continued on as a Research Fellow for the next 30 years. His work has been associated with MEL Consultants Pty Ltd as Engineer/Director in wind tunnel testing and consultancy, particularly with respect to environmental wind studies, pressure measurements, wind loading on structures and air dispersion. In 2008, he joined the University of Adelaide as Professor and Head of the Wind Engineering Research Group. In 2011, he returned Hong Kong as Associate Professor in the City University and has extended his interests in Wind Power and Air Ventilation.